Note that the colors in the municipal flag of Philadelphia are blue and yellow commemorating the    original Swedish colonization of Philadelphia.  (Source:  Wikimedia.org)
In Philadelphia, the American Swedish Historical Museum was founded by Swedish Immigrant 1908 co-founder of the Swedish Colonial Society Dr. Amandus Johnson (1877- 1974) in 1926, during the 150th Anniversary of the signing of the Declaration of Independence in this "The City of Brotherly Love."
In 1937, all Swedish Americans were called to task in establishing a $750,000 endowment for this Museum, the deadline of which would be at the start of the 1938 commencement of celebrating the 300th Anniversary of New Sweden's founding.  Meeting the $750,000 goal was an enormous undertaking as reflected in the documents mailed to all Swedish American community representatives, including one representative in Lindsborg, Kansas.  These particular documents showing the connectedness of the Swedish Americans then, the labor intensiveness of the details involved and their "can do spirits" are found HERE.**
Shown above and below is the ceiling mural of this wonderful Museum depicting the landing of the Swedes and Finns in 1638 at "The Rocks" on the Christina River in present day Wilmington, Delaware.  To see the New Sweden Center Colonist Day of 2012 go HERE and scroll down.
While "alive with celebrations, exhibitions and learning experiences, the American Swedish Historical Museum is a community dedicated to preserving and interpreting cultural material." ***  Go HERE to learn more.
The American Swedish Historical Museum
On June 2, 1926 future King of Sweden Crown Prince Gustaf VI Adolf placed the Museum's cornerstone.
The architect was Chicago Swedish American John Nydén who based its design on the 17th century manor house Ericsberg Castle of Södermanland, Sweden. 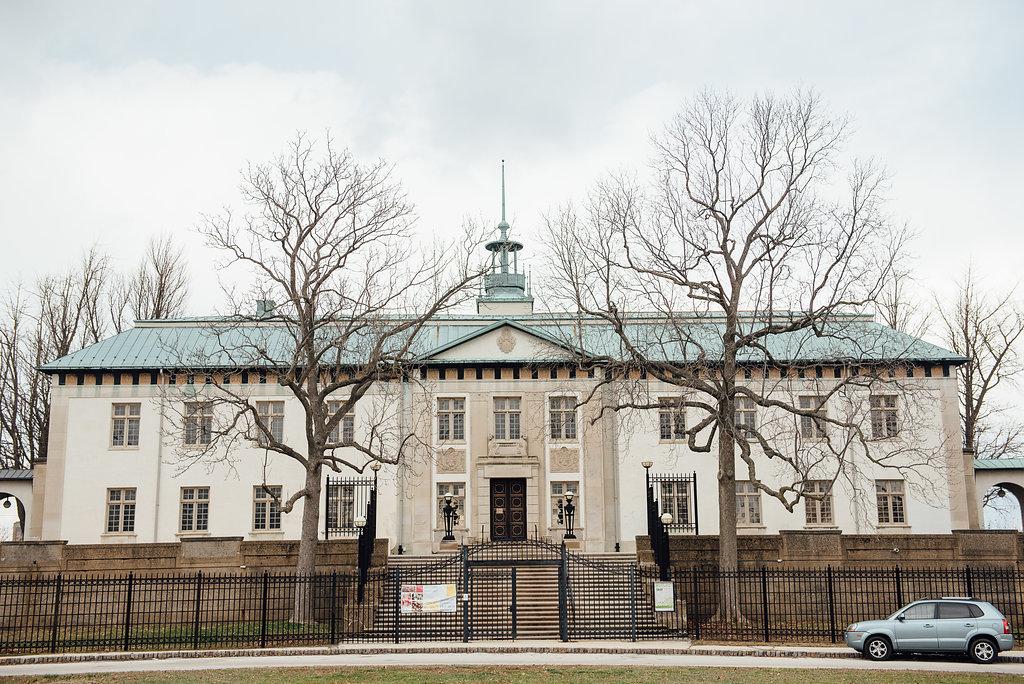 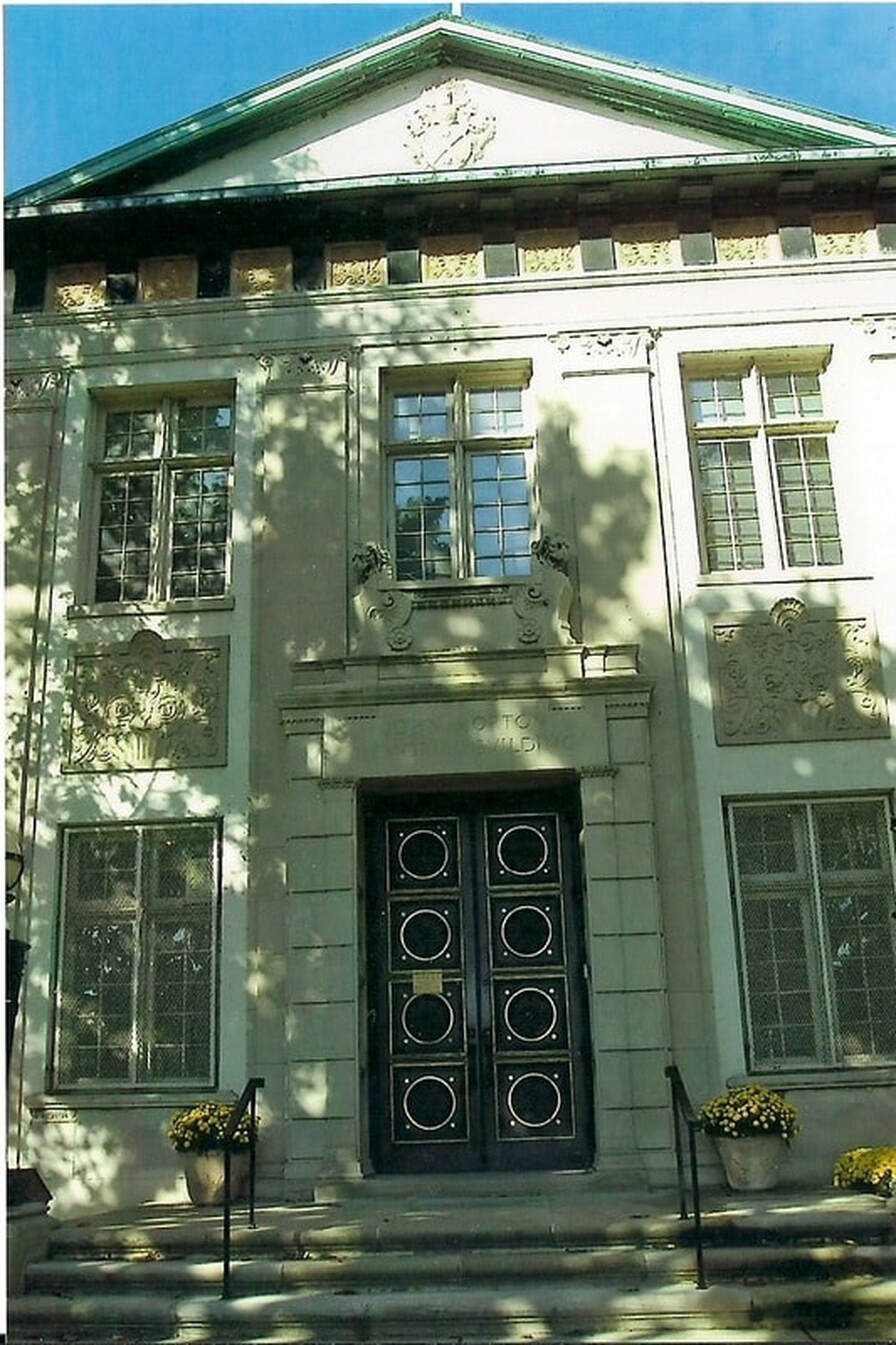 2009 "Joint Conference of Swedish America in the Delaware Valley" photograph
Inside, you gaze upon this magnificent ceiling mural!
In the fall of 1928, Swedish born, Chicago Art Institute trained, Christian von Schneidau painted this mural and the wall murals. 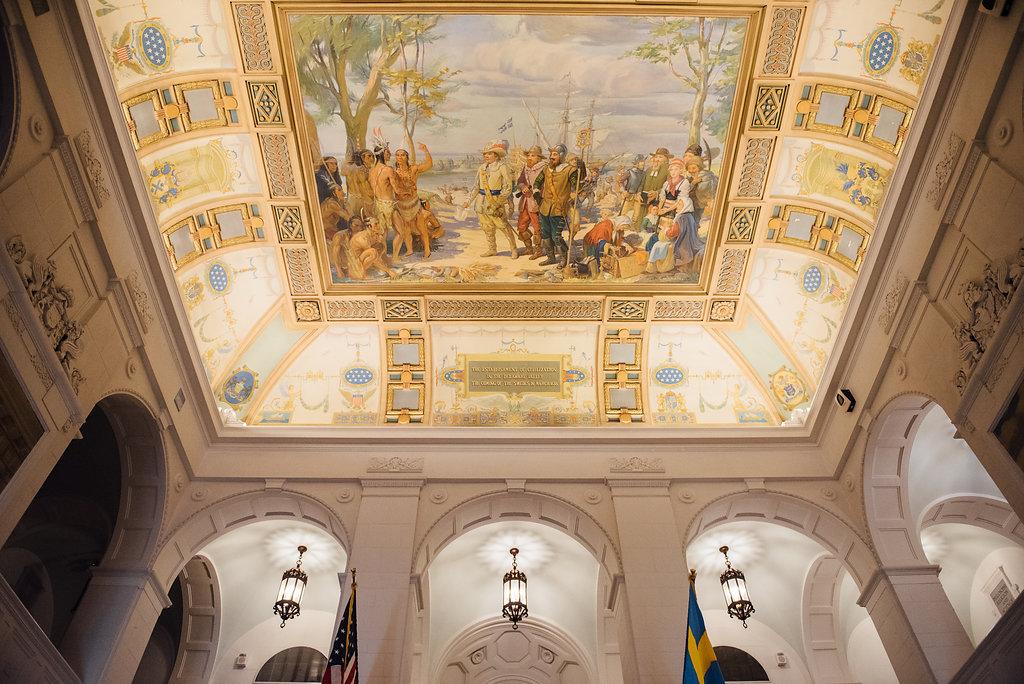 Courtesy of the American Swedish Historical Museum, Philadelphia
It shows the landing of the Swedes and Finns in 1638 at "The Rocks" on the Christina River in present day Wilmington, Delaware. 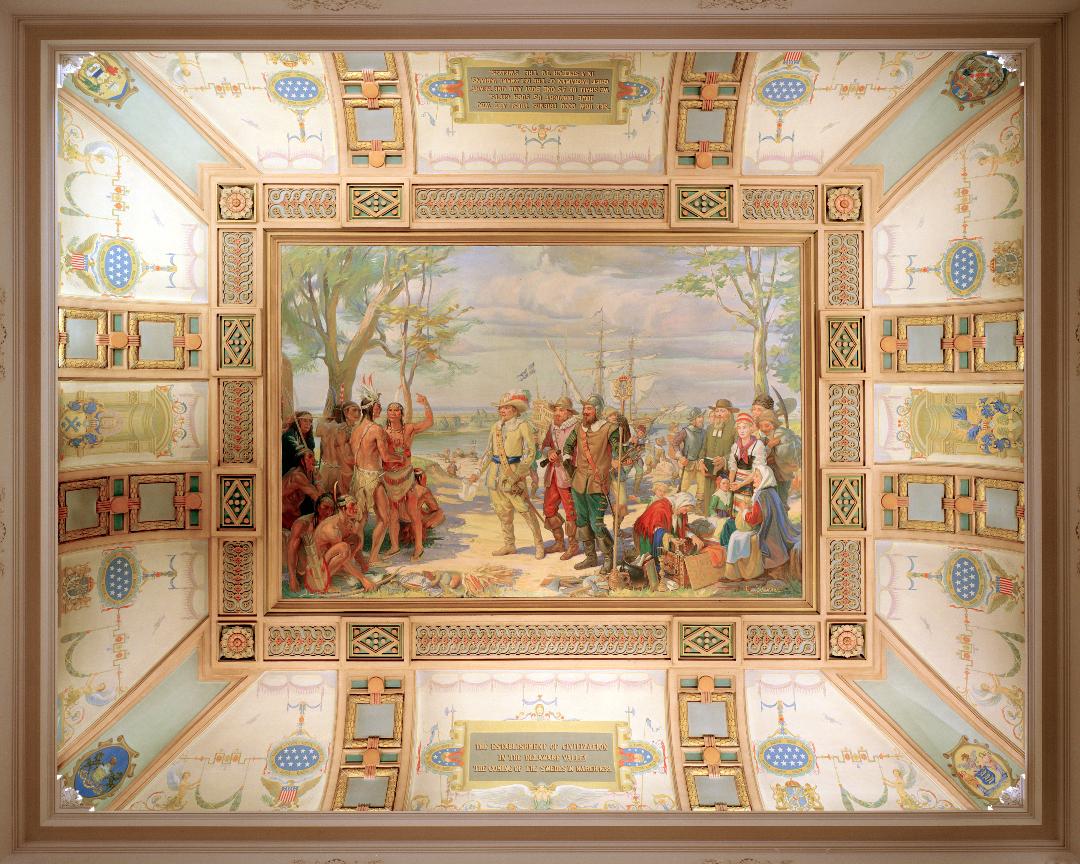 The following photos were taken during the 2009 "Joint Conference of Swedish America in the Delaware Valley."
The program of the October 22-25 conference was titled Colony to Community: The Story of New Sweden.
- Including the Swedish Colonial Society Centennial Jubilee Celebration - 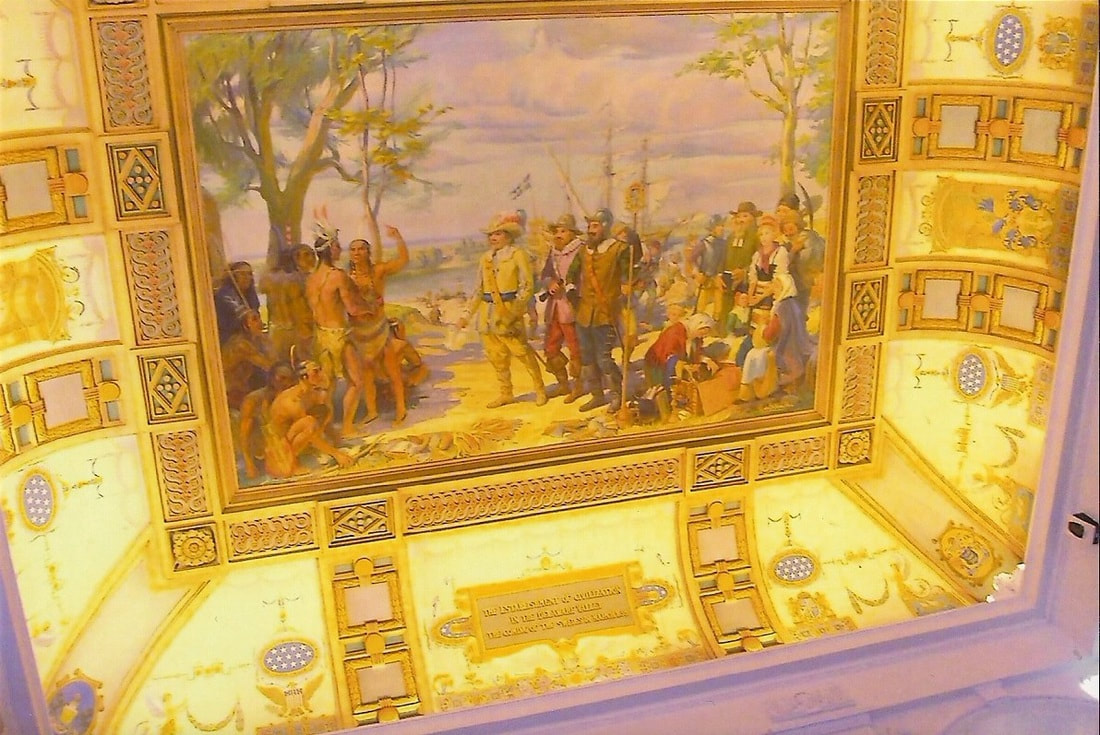 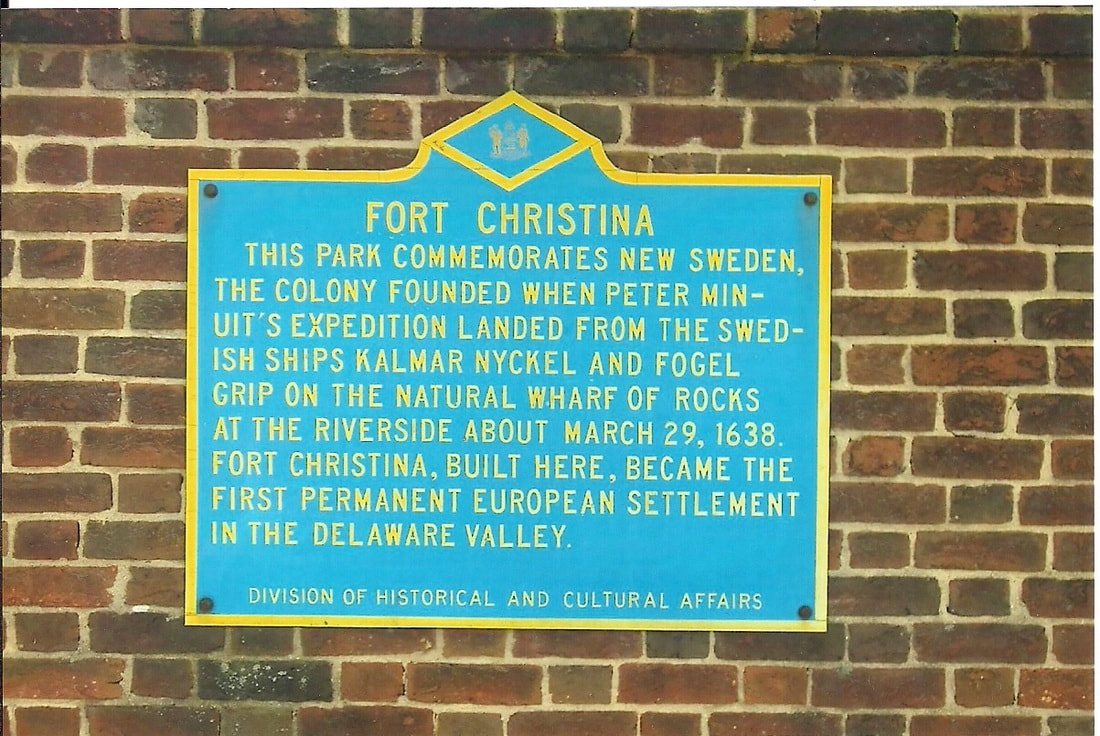 The Tall Ship of Delaware, Wilmington
The Kalmar Nyckel, a replica of the original which landed on the Delaware shore in 1638 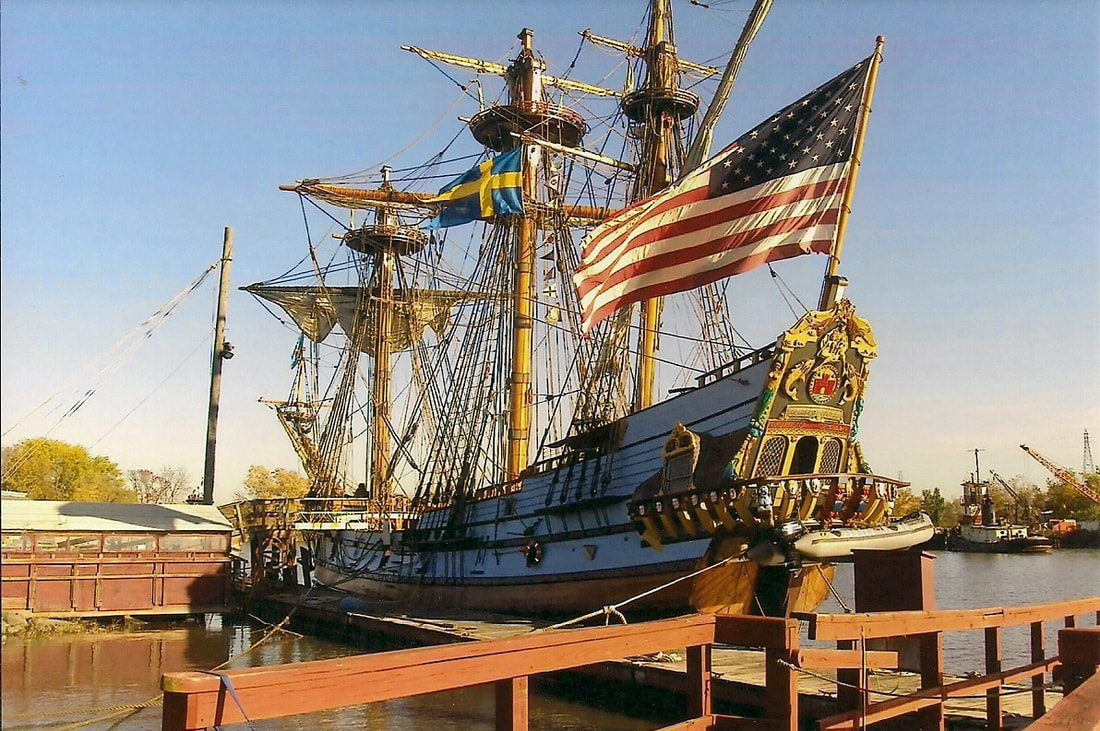 Tinicum Island, Pennsylvania, near Philadelphia
Site of the first European settlement, capital of New Sweden from 1643 to 1655 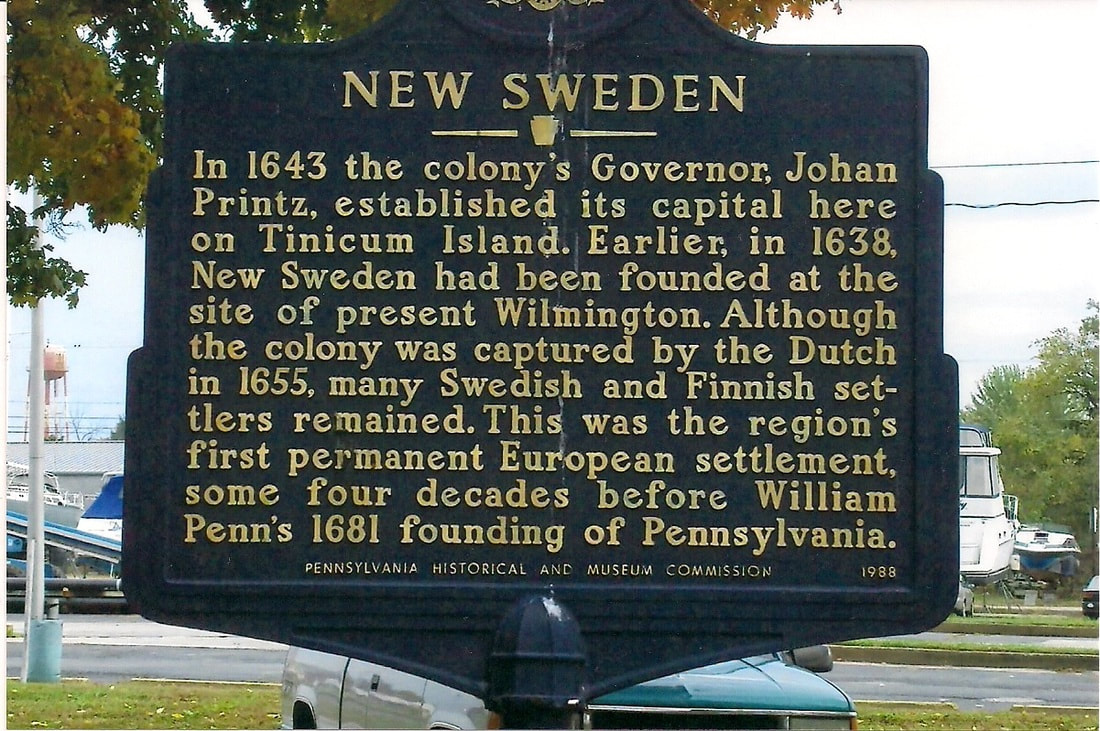 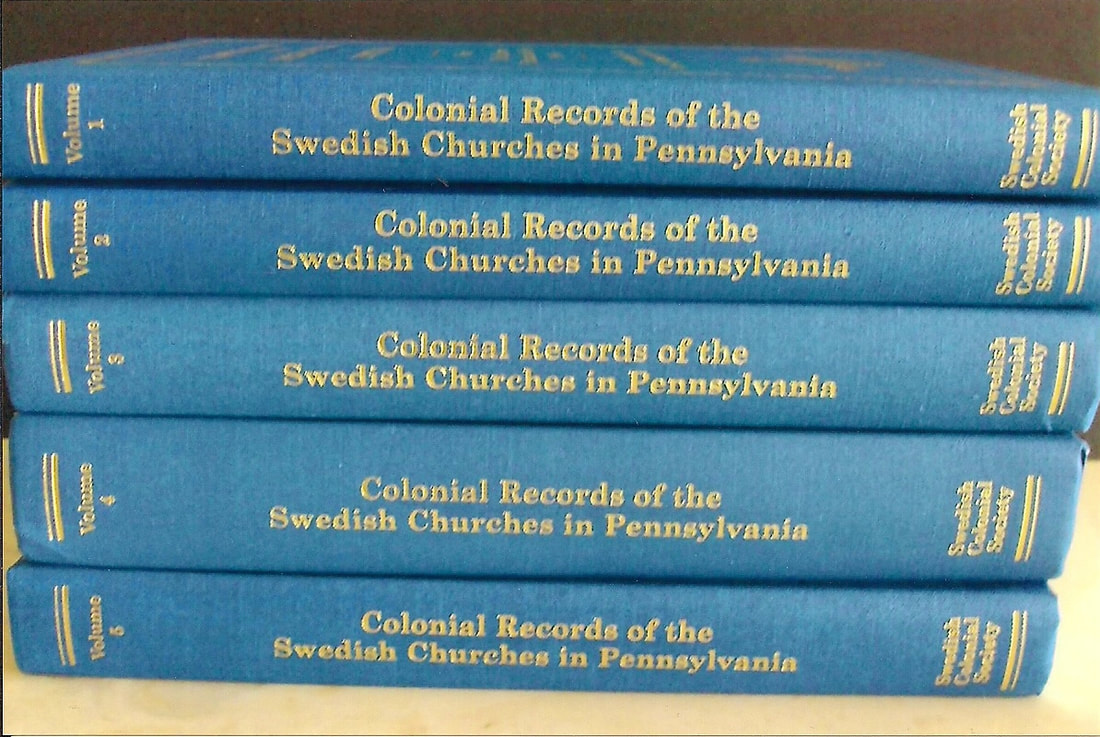 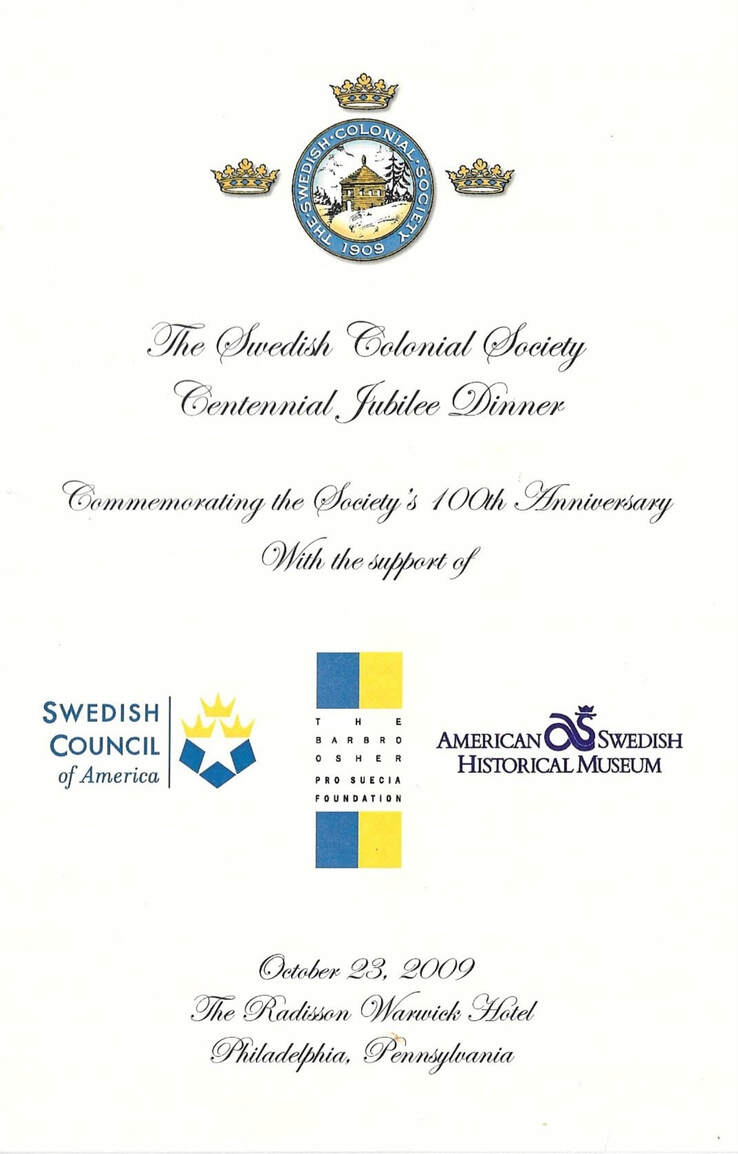 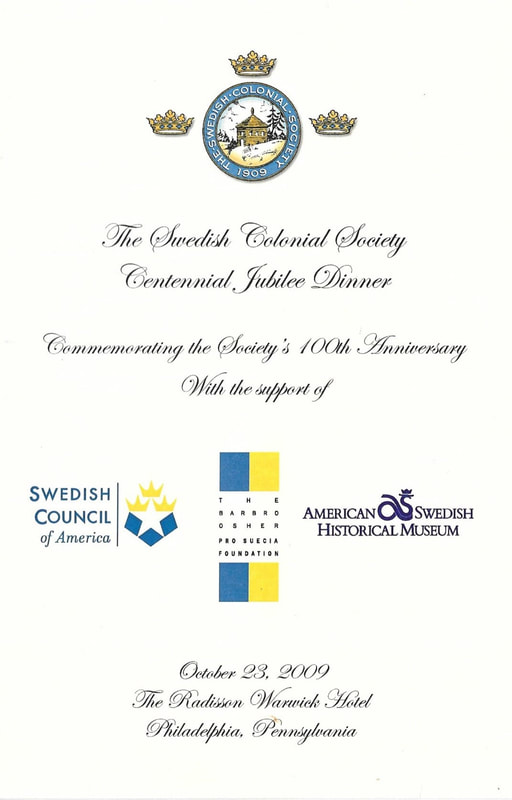 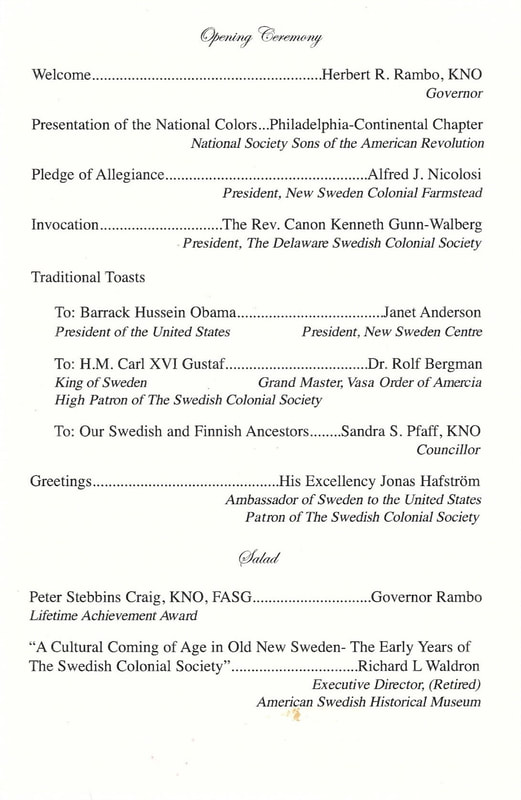 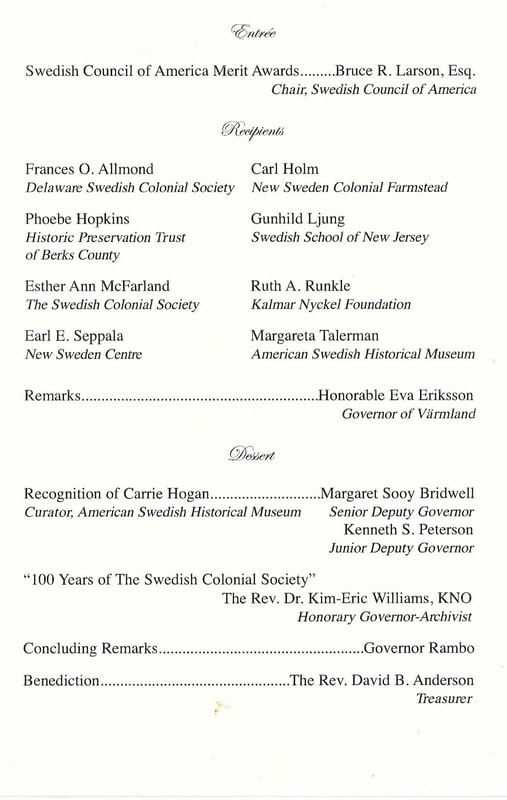 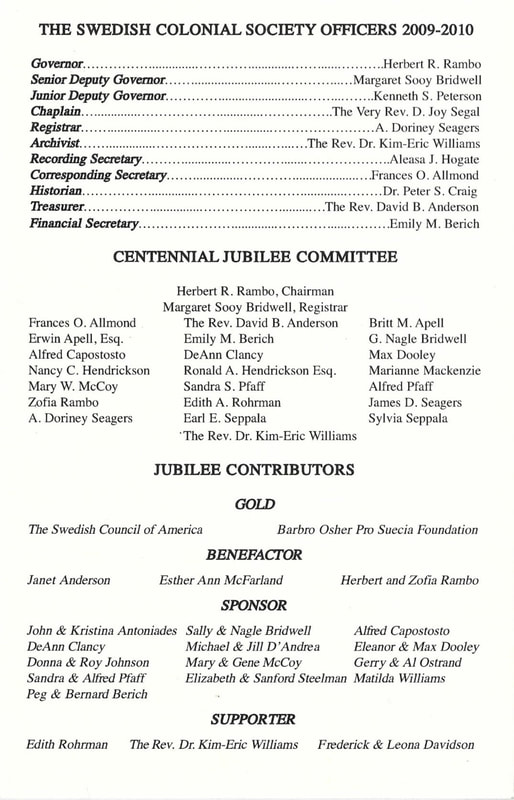 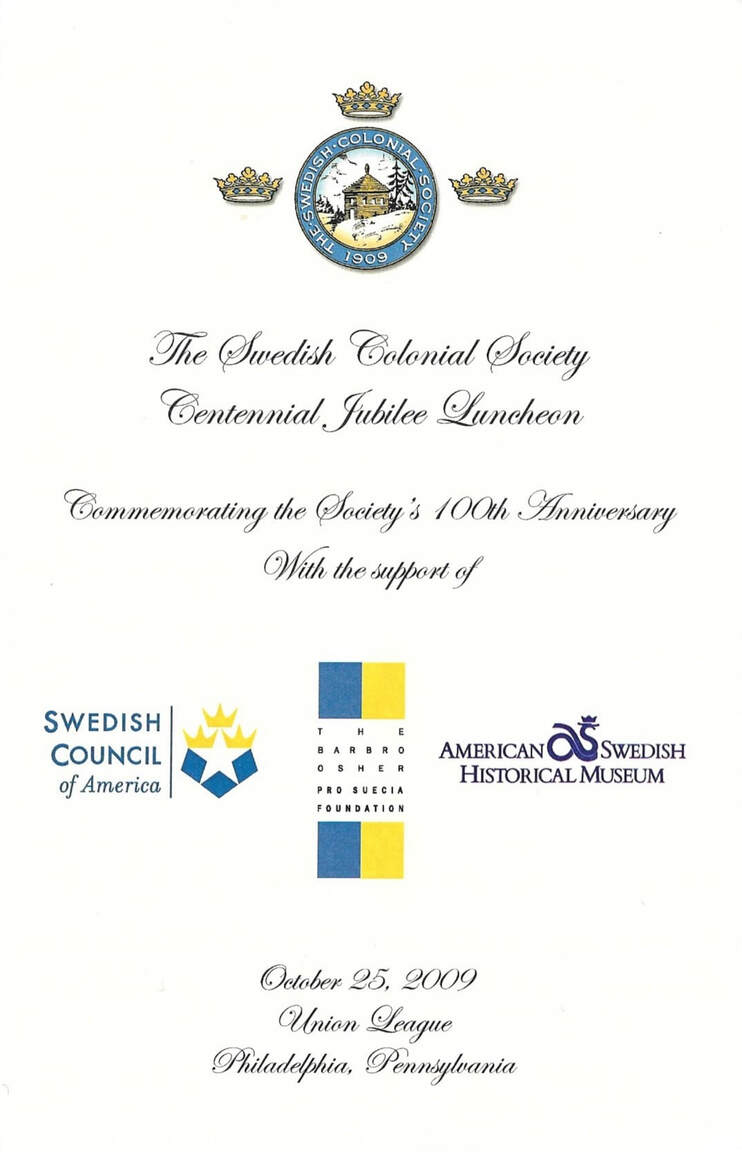 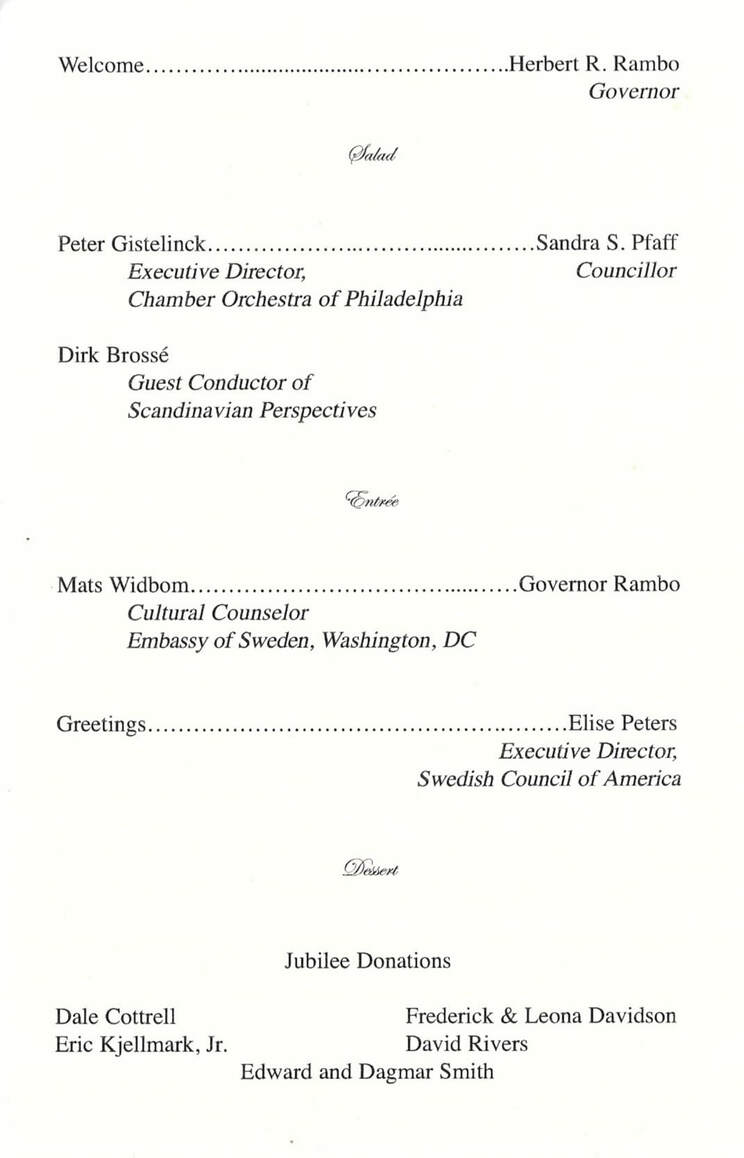 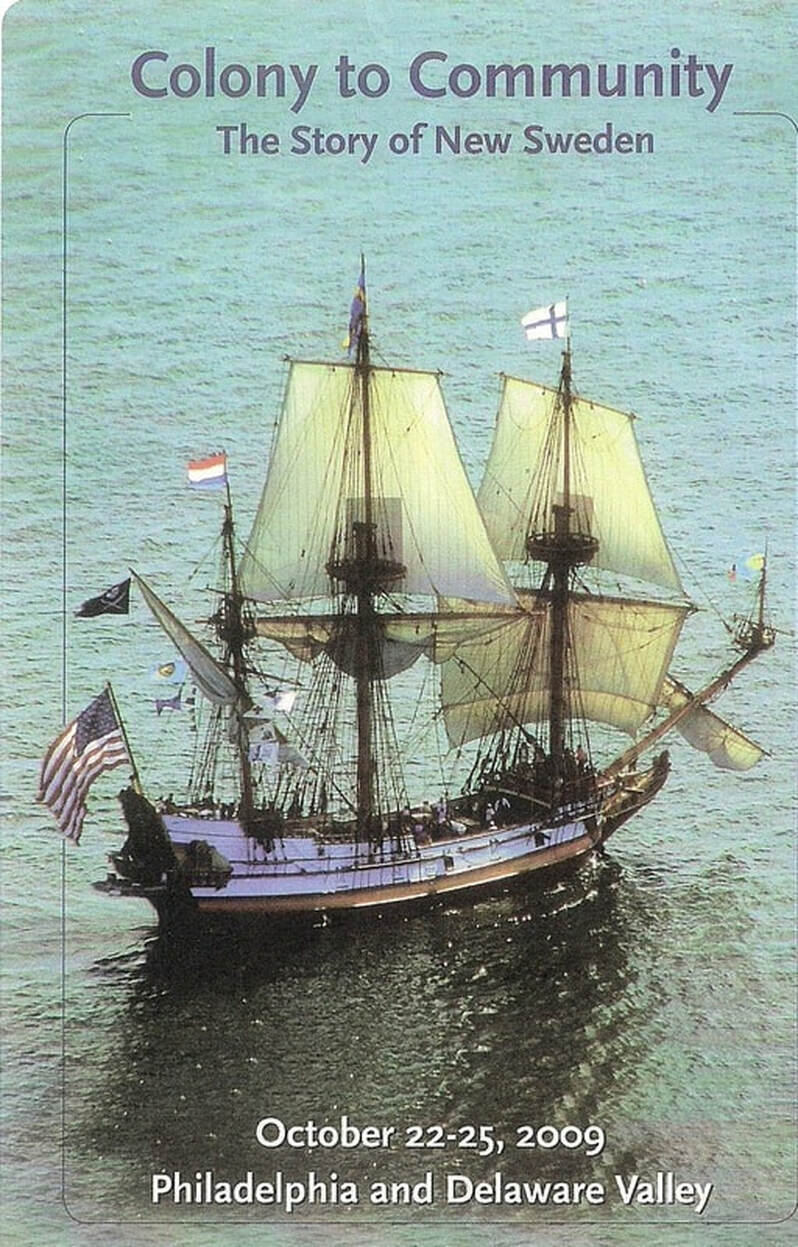 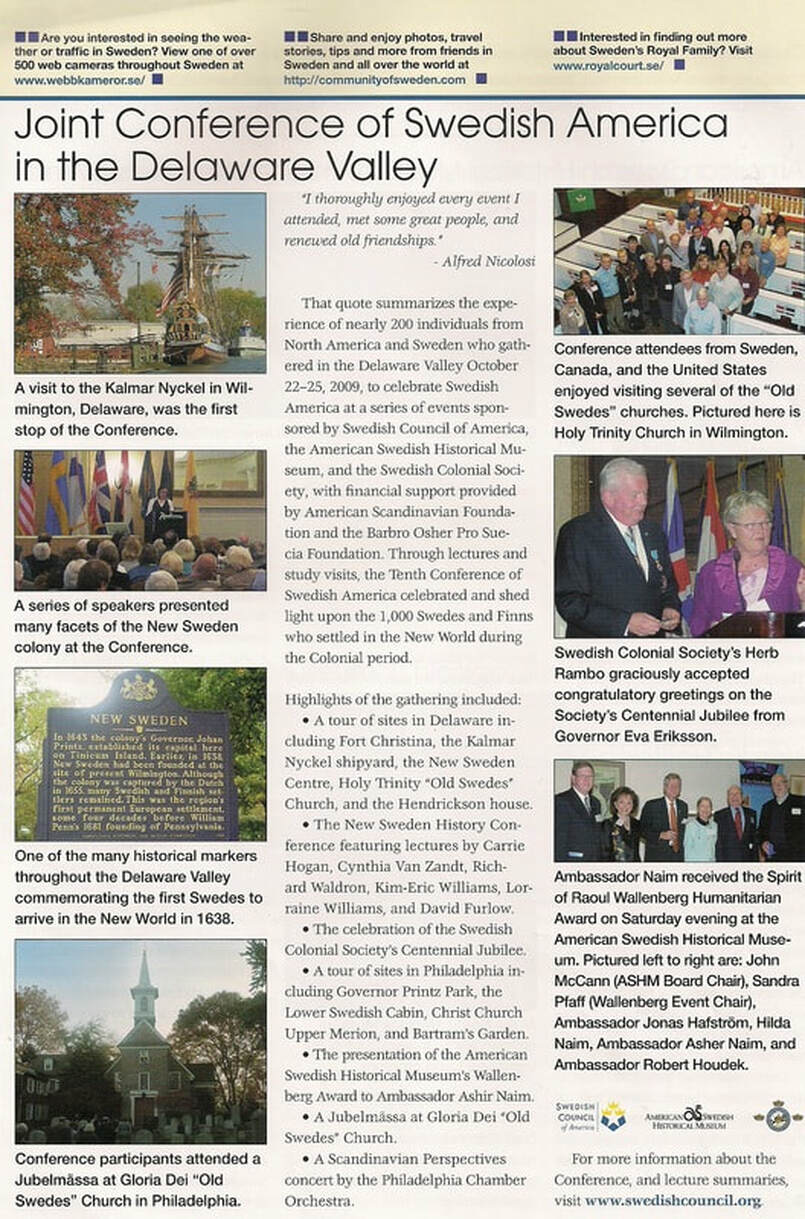 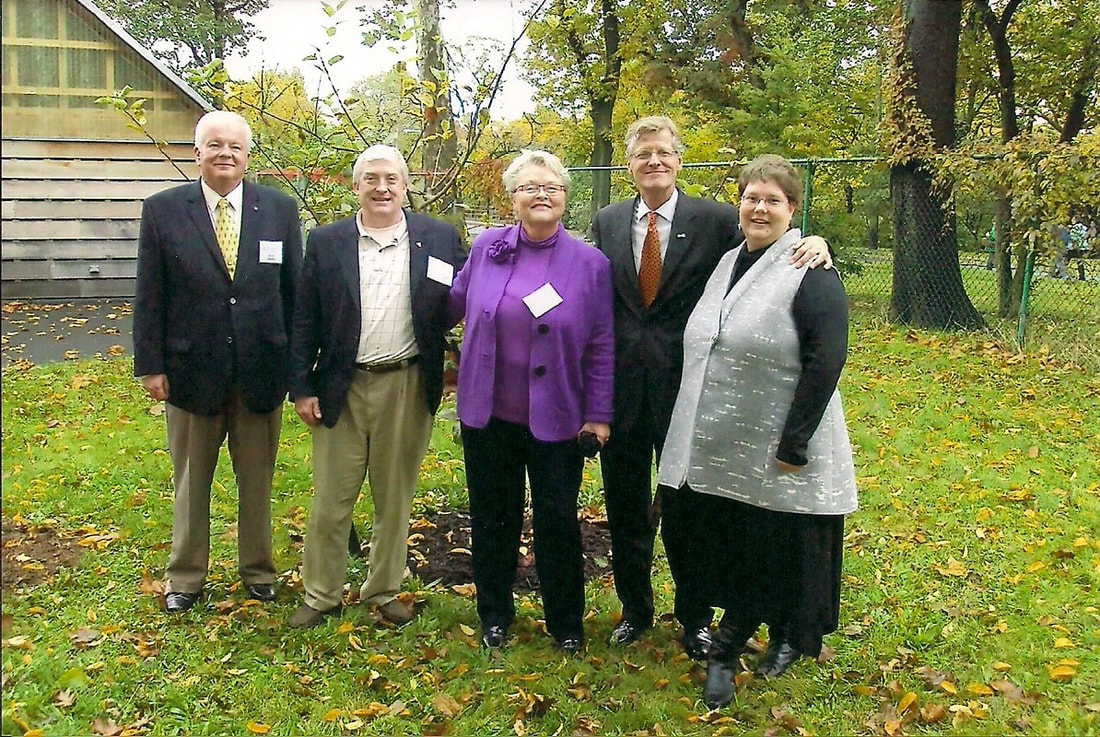 * The founding year of Philadelphia is 1681 according to the Pennsylvania Historical and Museum Commission of 1988.  In  Wikipedia it is 1682.
* *Sources:  Wikipedia, History of Philadelphia and New Sweden; Swedes: TheWayTheyWere
* * *  From an American Swedish Historical Museum website statement
*    *    *
SwedishAmericana
~ restoring, preserving and promoting Swedish American histories & cultures ~
~ sharing the Swedish American tapestry with all ~

All color photography throughout SwedishAmericana is by Fran Cochran unless otherwise indicated.
Copyright © since 2015 to 2023  www.swedishamericana.org  All rights reserved.
[ Back To Top ]